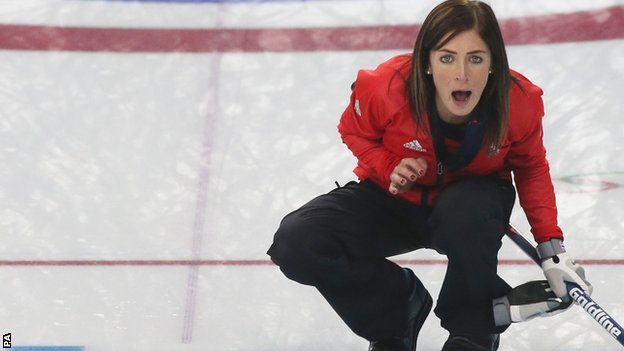 Eve Muirhead's rink finished fifth in the round robin stage

Scotland are out of the World Women's Curling Championship in Saskatchewan after being defeated by Canada.

Eve Muirhead's rink had lost their previous two games, including by 10-4 drubbing by Japan, and lost 9-4 to the tournament hosts.

Defending champions Switzerland topped the standings and are joined in the play-offs by Japan, Russia and Canada.

The winner of Switzerland v Japan will progress to the final, while the loser will go into the semi-final to play the winner of Russia v Canada.