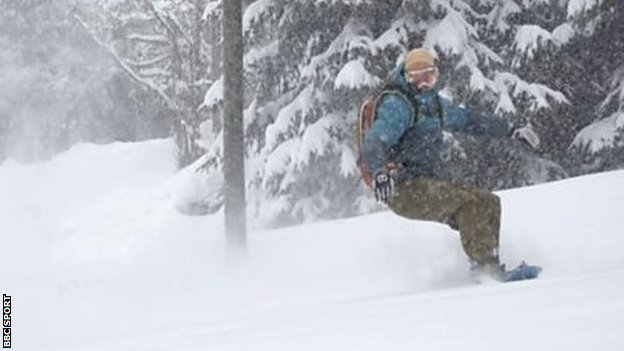 Doctors are optimistic Hamm will make a good recovery

British freeride snowboarder Sascha Hamm remains in intensive care in hospital in Austria after suffering multiple injuries in a crash.

Hamm was competing in the Freeride World Tour event in Fieberbrunn when the accident occurred.

He suffered broken ribs, shoulder and arm, plus internal injuries, which resulted in extensive blood loss.

He had a second operation on Thursday and doctors are optimistic he will be able to make a good recovery.

Last month, Devon-born Hamm told BBC Sport about his near-death experience in 2008, when he was caught in an avalanche.