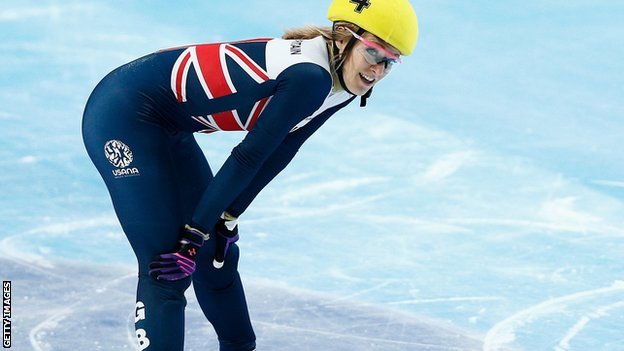 Elise Christie returned to Sochi, the scene of her 2014 Winter Olympics disappointment, and won four gold medals in the European Championships

The Scot, from Livingston but based in Nottingham, made her way through a scrappy A final in Seoul.

She avoided being taken out by other skaters that fell and held on to finish third to continue an impressive year.

Having won four European gold medals in Sochi in January, Christie, 25, races in the 1,000m on Sunday as she targets a first world title.

She had earlier suffered a disappointing quarter-final exit in the 500m.