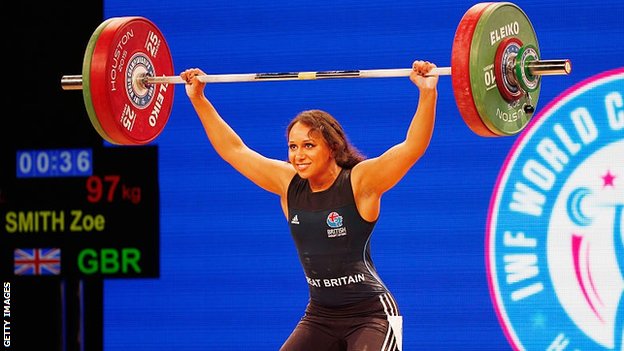 Zoe Smith represented Team GB at the London Olympics in 2012

Great Britain have secured two weightlifting spots at the Rio Olympic Games, thanks to performances at the European Championships in Norway.

Zoe Smith is the leading women's candidate, but Rebakah Tiler could come into contention.

However, Jack Oliver, the previous favourite to take the men's spot, missed the competition through injury.

The British Championships in June are the final opportunity for athletes to prove their credentials before nominations are made to the British Olympic Associate for Team GB selection.