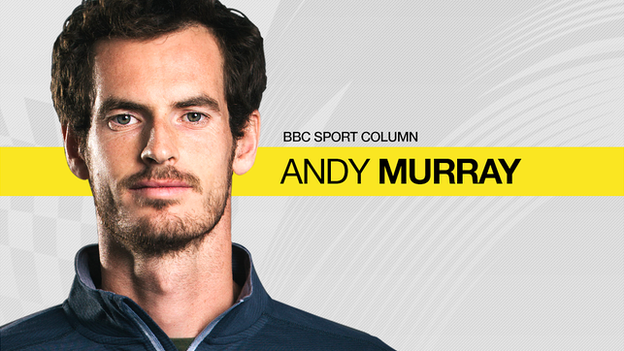 There was no hug from Ivan Lendl for winning at Queen's Club but I got a "well done, good job" - and then it was straight on to planning our Wimbledon preparation.

My first-round match will be on the Tuesday, so that gives me eight days to prepare for the biggest tournament of the year, and everything will be planned out.

I might find time one evening to watch some football with Ivan as there's a chance that England will play the Czech Republic at the Euros next week.

Ivan loves sport, whether it's golf, football or tennis. Most of his conversations revolve around sport.

He went home the other night to watch the Czech Republic against Croatia, when the Czechs came back from 2-0 down, and that certainly gave him plenty to talk about.

I'm sure the football will provide a good diversion during Wimbledon as always.

I had a bunch of friends over for England's first game. About 10 of us had a barbecue - we got rained on, obviously - and nobody could miss the noise around Queen's when Daniel Sturridge scored England's winner against Wales.

So I'm sure me and Ivan will watch a match together at some stage during the week and take the chance to unwind, as our days will be meticulously organised.

There was only a brief chat about Sunday's final before Ivan, Jamie Delgado and myself were setting out exactly what I'm going to do each day between now and Wimbledon - on which days I will practise, who I'm going to practise with, and on which days I'll rest.

We don't leave anything to chance.

'My best tennis is there - I need to find it consistently'

Ivan ended up watching from the balcony when I got the trophy on Sunday because he needed a 'comfort break', and I'm glad he at least got to see the presentation. It was the end of a good week for the team.

Queen's Club means a lot to me and to be the first player to win the title there five times is special.

To have two of the best players in the history of the game in Ivan and John McEnroe watching from courtside was pretty cool too.

I was obviously aware that John was there but I don't normally look at the opposition's box, even if there is a legend wearing a New York baseball cap!

I always try to focus more on the opponent and sometimes towards my own box for encouragement. I don't think anything good comes from concentrating on your opponent's team. 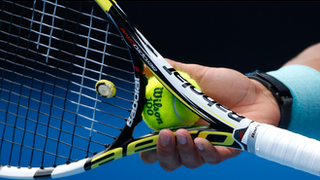 Find out how to get into tennis in our special guide .

The match itself gave me a real confidence boost as beating someone as good as Milos Raonic in that form showed me my best tennis is there - I just need to find it consistently.

When you're up against one of the best servers in the game on a grass court, matches can get away from you without you having done much wrong. That happened to me against Roger Federer at Wimbledon last year.

But I always think the return is the best part of my game and, although obviously I won't break serve in every match, in 99 out of 100 I will create break points. That means, regardless of the position, I need to keep telling myself the chances will come.

That's easier said than done when you're seeing serves fly past you at 135mph, but it's what you've got to do.

I thought Milos served extremely well on Sunday and I was still able to turn the match around, so that's a real positive to take away with me. 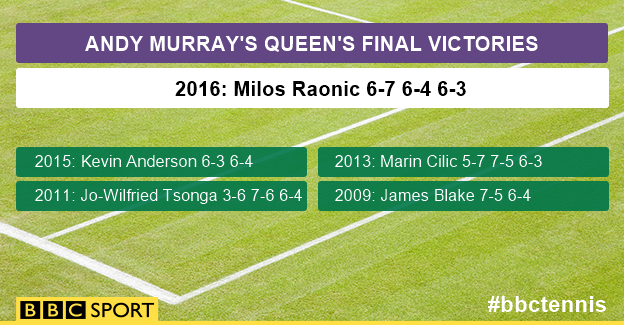 It was nice to have my wife and daughter with me at Queen's on Sunday and it will be a new experience for me to head into Wimbledon as a father.

I'm getting used to some slight changes of routine at home, most notably my sleeping pattern!

I used to go to bed around midnight and get up at 9am, whereas now it's more like 10.30pm or 11pm and I get up at 7.30am, to spend a little bit of time with my daughter before I leave the house. If I get up later then I don't get to see her during a day like Sunday.

I certainly couldn't have asked for a more memorable first Father's Day, winning a trophy and spending time with my family.

Hopefully the next few weeks will be just as rewarding.