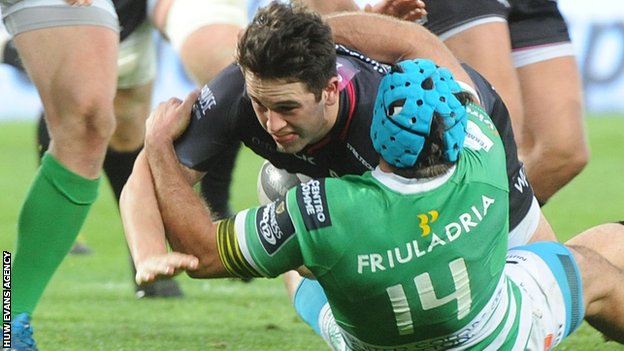 Owen Watkin goes over for Ospreys against Treviso in the Pro12

Italian teams Treviso and Zebre should be dropped from Pro12, according to Wales legend and BBC dual-code pundit Jonathan Davies.

Treviso are bottom of the table with Zebre one place higher, but guaranteed a European top-flight spot in 2016-17.

"I don't think at the moment that they offer anything to the Pro12," Davies told Scrum V.

Treviso have won twice in the Pro12 this season with Zebre having four wins - the same number as third-from-bottom Welsh team Newport Gwent Dragons in the 12-team competition.

Two Italian teams - Treviso and Aironi - joined the competition in 2010. Aironi were replaced by Zebre in 2012.

Davies added: "You imagine being a Zebre player or Treviso player and getting walloped every week. It doesn't do your confidence any good, your attitude, and I just feel that it's not right for anyone."

"It's difficult for everyone else involved because of the Italians and I think they should look at somewhere where maybe they can develop the players and be competitive, and maybe that's in one of the French leagues."

Davies also believes the rules that allow the highest-placed Italian Pro12 team to enter the European Champions Cup should be revised.

He says both should play in the second-tier European Challenge Cup.

"They're not good enough - they should go straight into the Challenge Cup," said Davies. 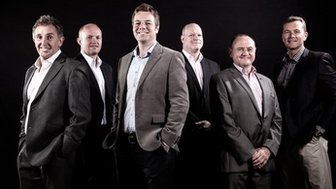 What you need to know about Scrum V