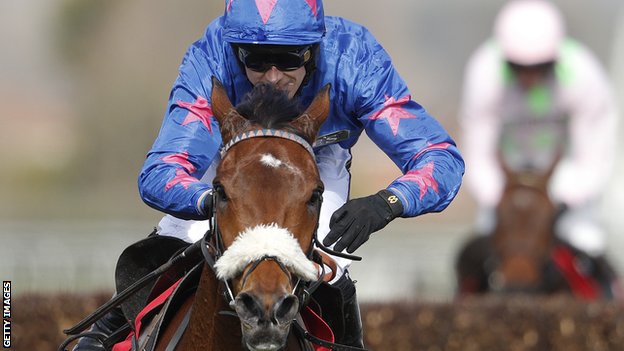 Three of jump racing's biggest stars have been lined up for a clash at the Punchestown Festival later this month.

They are expected to be joined by Vautour in the Punchestown Gold Cup on 27 April.

Vautour was switched from the Cheltenham Gold Cup three days before the race, and won the Ryanair Chase.

"The plan always was to go on to Punchestown and I don't see any reason to change that," said Cue Card's trainer Colin Tizzard.