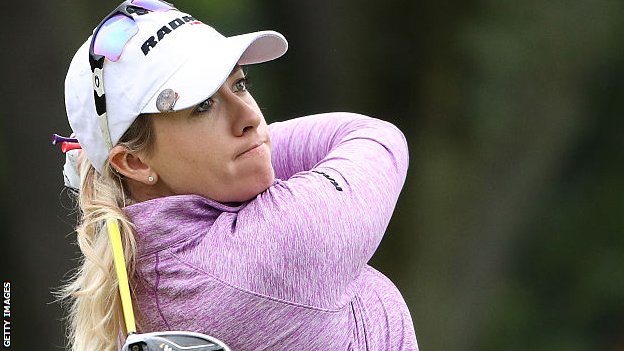 Chun In-gee carded four birdies in five holes on the back nine as she moved into a share of the lead after three rounds of the Meijer Classic.

The South Korean shot a bogey-free six-under 65 to move level with defending champion Lexi Thompson, who had a 66.

England's Jodi Ewart Shadoff slipped to joint 15th, seven shots adrift of the leaders, after a 71.

Wales' Becky Morgan is tied 21st, with joint first-round leader Dame Laura Davies a shot further back after a 70.

We've launched a new BBC Sport newsletter ahead of the Euros and Olympics, bringing all the best stories, features and video right to your inbox. You can sign up here.