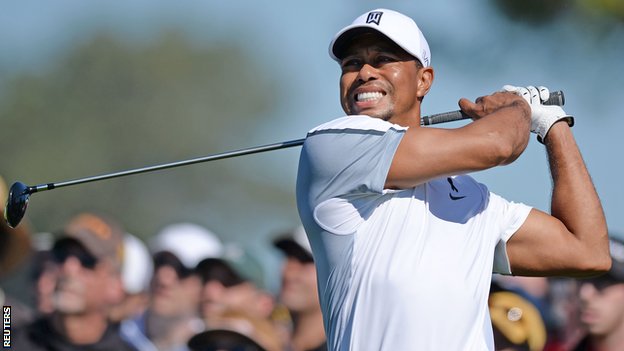 Tiger Woods was last ranked world number one in May 2014

Tiger Woods has dropped out of the world's top 100 golfers for the first time in his career.

The 39-year-old American has not played since withdrawing from the Farmers Insurance Open on 6 February.

Woods has said he is "hopeful" of a return for the first major of the year, the Masters, starting on 9 April.

After withdrawing from February's event at Torrey Pines with back problems, Woods announced he would be taking an indefinite break from the sport, describing his performances this year as "unacceptable for tournament play".

Woods, who carded an 82 at the Phoenix Open in January - his worst round as a professional - added that he won't return until he can "compete at the highest level".

The last time Woods was outside the top 100 in the world was in September 1996 when he was ranked equal 221 and on his climb to the top.

The following week, he jumped to 75th by winning the Las Vegas Invitational as a 20-year-old for the first of his 79 PGA Tour victories.

Woods first become world number one after finishing 19th at the 1997 US Open. 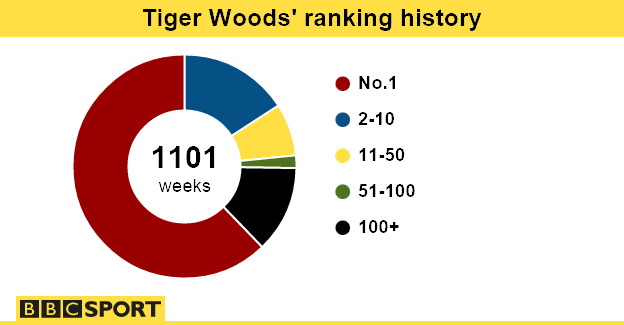