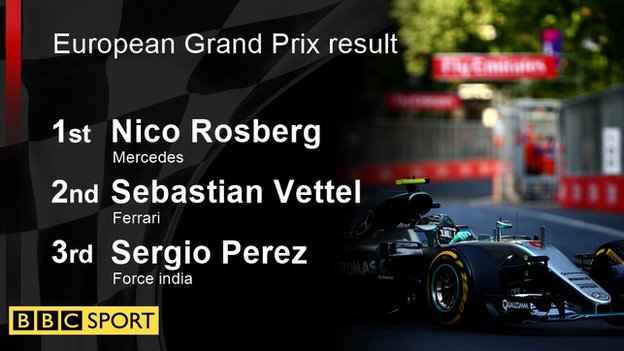 Rosberg led from the first corner and drove off into the distance as Hamilton struggled to make up ground in the inaugural race in Azerbaijan.

The world champion started 10th and was hampered by a problem with an engine setting during the race.

The world champion dropped to 24 points adrift of Rosberg in the championship as a result.

Hamilton said he had an "off day" in qualifying and Mercedes were at a loss to understand what happened.

But in the race it was different. 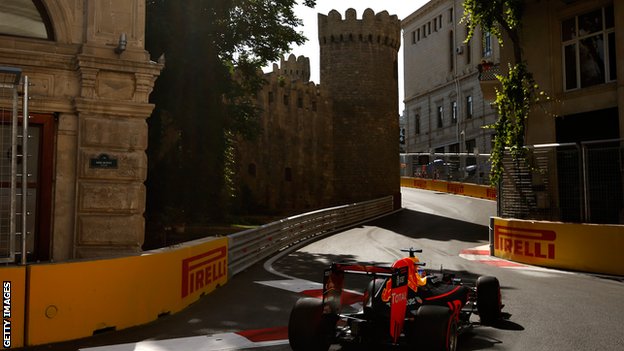 After a cautious start, Hamilton began to make up ground, picking up positions until he was fourth, right behind Force India's Sergio Perez after 11 laps - helped by an early stop for Ferrari's Kimi Raikkonen.

But Hamilton could not pass the slippery Force India and began to run into vibration problems from the tyres, which he had damaged in qualifying.

Mercedes tried to pass Perez by stopping earlier but Force India thwarted them by bringing in the Mexican the next lap.

After the pit stop, Hamilton tried to pass Perez again but then began to drop back.

It emerged from communication between driver and team that there was a problem with an engine setting - but the team radio restrictions meant the team could not tell him what was wrong or how to fix it.

It is not yet completely clear what had happened - although the team said it was "a problem with the setting you are in" but that "it's not something you've done - it's a setting that is incorrect".

Hamilton was clearly frustrated but with 10 laps to go he finally made a change that solved the problem.

He briefly set the fastest first sector time of the race, but then did not speed up and cruised slowly to the finish behind Perez.

Both drivers had the same problem at times during the race.

"Nico had made a change during the race that caused the issue," said a Mercedes spokesperson. "So when told it was an issue with the mode, as permitted by FIA, he switched back out of it.

"Lewis had the setting from start of race and it was not obvious that this setting was causing the problem. The fundamental problem is on our heads as it was a configuration not working properly, not the driver's fault.

"But the radio rules complicated things drastically: without this, it would have been solved immediately."

Weren't there supposed to be loads of crashes?

The race was predicted to be a festival of drama, all the drivers believing there would be errors and resultant safety cars.

But the drivers all kept the cars out of the barriers, and in an unexpectedly unexciting inaugural race on the streets of the Azerbaijani captial Baku, Rosberg was imperious and the battle was behind him.

But any hope of a race for the lead was dashed immediately - Rosberg was a second a lap quicker throughout.

Vettel takes his own advice

Ferrari initially planned to follow suit - another dubious strategy decision after the criticisms of their decision to switch to a two-stop while leading in Canada a week ago.

This time, Vettel questioned the team and after initially saying he had to stop because he was going to be under-cut by Ricciardo, they kept him out - stopping Raikkonen instead.

It led to an easy second place for Vettel, while Raikkonen fought back past Force India's Nico Hulkenberg and Ricciardo.

Vettel emerged behind Raikkonen after his single stop, but the Finn let him by as requested and in the closing laps found himself under pressure from Perez, who passed him with two laps to go to take the final podium position.

It was a fitting reward after a strong weekend that was made harder by a crash in final practice that led to a gearbox change and a drop from second to seventh on the grid.

Williams's Valtteri Bottas was sixth, ahead of Ricciardo and his team-mate Max Verstappen.

Rosberg takes his first European GP win - the first German to since Michael Schumacher in 2006. Schumacher won six, his first being at Jerez, Spain, in 1994. Source: Forix 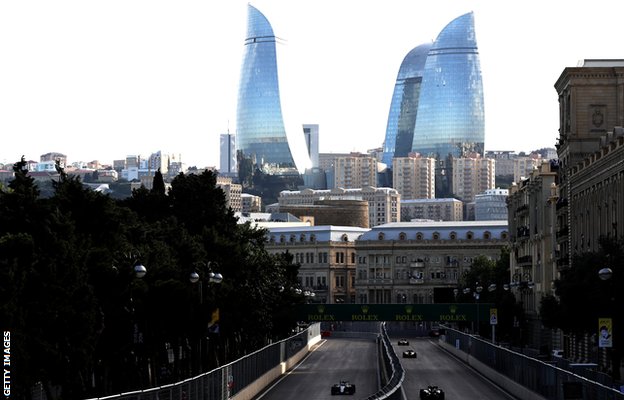 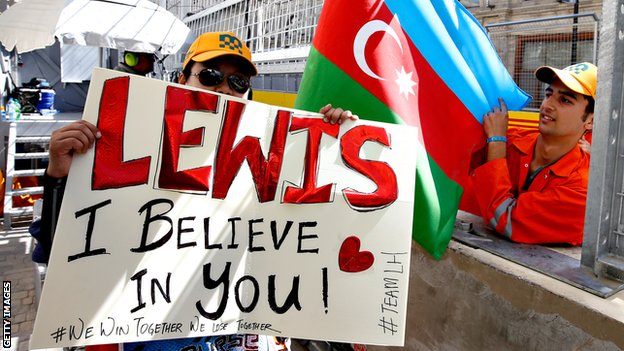 Race marshals show their impartiality ahead of the race 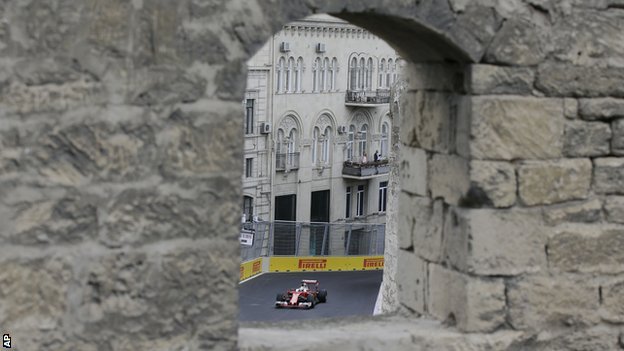