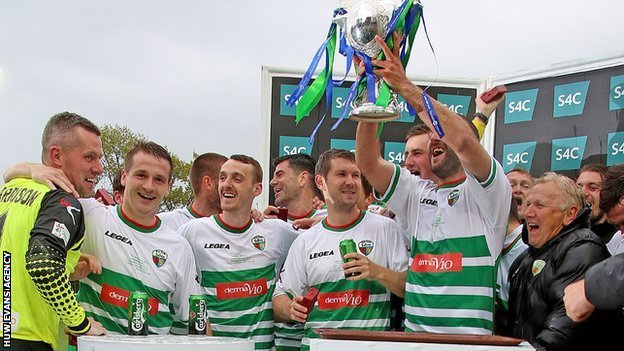 Cardiff has been chosen to host the 2017 Champions League final on 3 June.

In the Europa League first qualifying round, Bala are paired with AIK Solna of Sweden, while Gap Connah's Quay take on Norway's Stabaek and MBi Llandudno face Sweden's IFK Goteborg.

The New Saints and SP Tre Penne will first meet on 28 or 29 June with the return leg on either 5 or 6 July.

If Saints progress, they will then face Cyprus side APOEL of Nicosia, in the second qualifying round later in July.

The Europa League first qualifying round first leg takes place on 20 June and the second leg on 7 July.