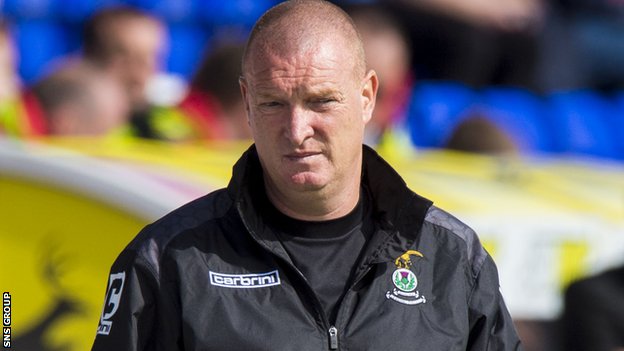 Rice, 52, was recruited by previous manager John Hughes last summer and is contracted with the Highland club for the next two seasons.

"He's a workaholic. He's very passionate about his football and I'm delighted he's staying on."

Foran, 35, was appointed as Hughes' successor on a four-year deal at the end of May and the Irishman has immersed himself in the early stages of his first managerial role.

"It's my first job in 17 years," he joked. "It has been hectic but I'm loving every minute.

"I know the player's needs and know how to improve them. I've got to step back and distance myself from the players which they'll understand."

Foran revealed that he is targeting "three of four" new players that supporters might "get quite excited about" if deals can be finalised.

Their first competitive league action will come away to Partick Thistle on 6 August.

"Every game is tough and Alan Archibald done a really good job for Thistle," said Foran after the fixtures were revealed. "They play attractive football.

"We did save one of our best performances of the season for there when we won 4-1 at the end of last term."