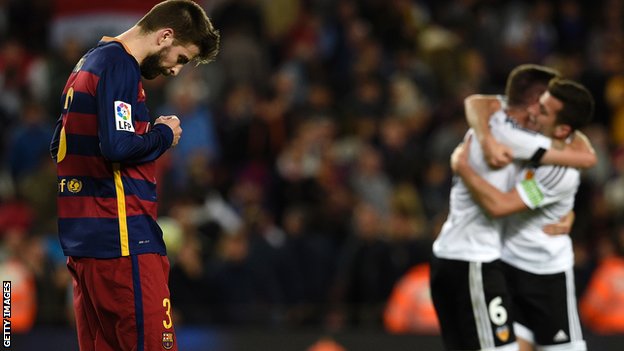 Barca next play on Wednesday, away to Deportivo La Coruna

Barcelona defender Gerard Pique says his side will still win the Spanish league title despite slipping to a fourth defeat in five games on Sunday.

In early April Barca led the league by nine points and were on course for a second consecutive La Liga, Champions League and Spanish Cup treble.

But a 2-1 loss at home to Valencia saw Atletico Madrid go joint top, four days after they knocked Barca out of Europe.

"We can't be worried when you look at the way we're playing," Pique said.

Barca created plenty of chances during Sunday's defeat by mid-table Valencia, with away keeper Diego Alves making a string of superb saves as the Catalan side suffered three successive La Liga defeats for the first time since 2003.

"If we play like this we'll win the league, I'm convinced of that," added Spain centre-back Pique.

"Although it's a step backwards, playing this well will help the team mentally. We've recovered the sensations from a month ago."

Real Madrid were the first team to beat Barca in 39 matches when they won 2-1 at the Nou Camp on 2 April and are now just one point behind in third.

Luis Enrique's side followed up that defeat by their fierce rivals with a 1-0 loss at Real Sociedad and have five league games to play before their Copa del Rey final against Sevilla on 22 May.

"Feeling sorry for ourselves we won't win anything," Enrique said. 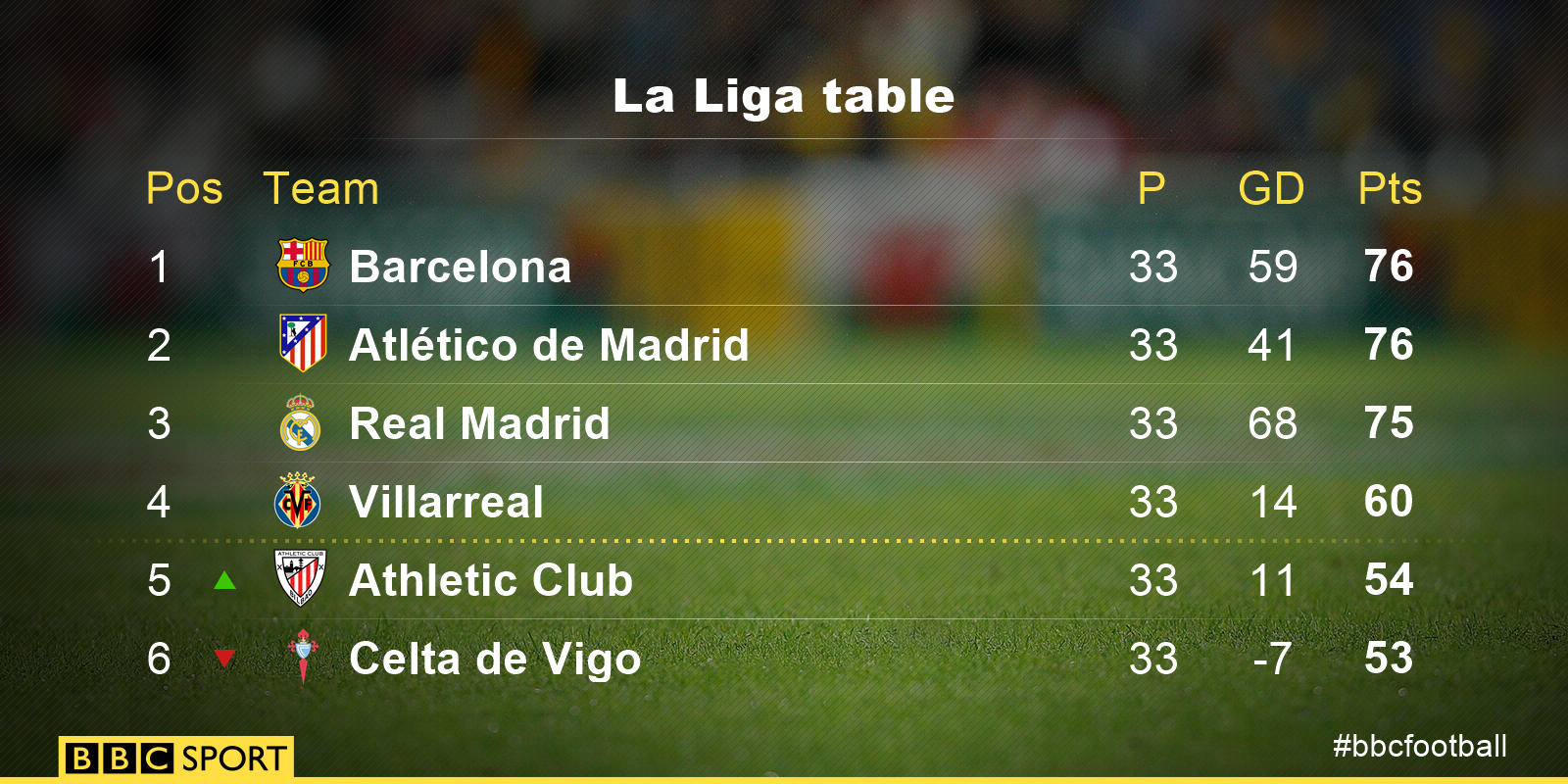 If teams are level on points the side with the better head-to-head record places higher, so Barca would finish above Real and Atletico

"I think we have criticised ourselves when it has been necessary, but today is not a day to criticise my players, it is a day to congratulate them," he added after Sunday's game.

"In the second half the players gave a lesson in how to face a situation like this. Until the 93rd minute they were trying to equalise and that is something to highlight.

"We've got a marvellous challenge. If we win the five games remaining we will be champions. If there is a team capable of doing it - and much more given what they have done - it is this Barca."