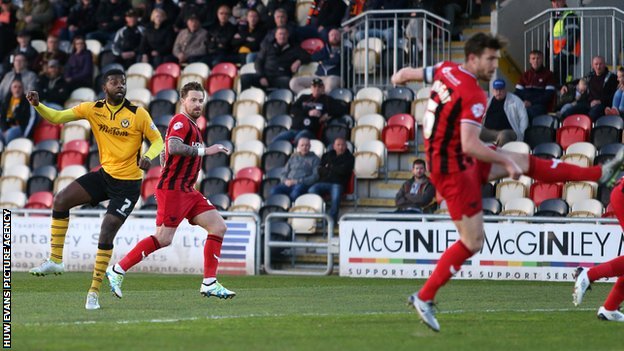 But County were level within a minute as Medy Elito's long-range shot beat Liechtenstein goalkeeper Benjamin Buchel for his first goal this season.

County kept out dominant Oxford, who drop to third, having won just once in five league games.

Newport, however, are still not completely clear of relegation as York's shock win against play-off chasing Portsmouth means the Welsh side are nine points above the drop zone with three games remaining.

Warren Feeney's men, though, have a better goal difference by 11 and need just one more point to guarantee survival.