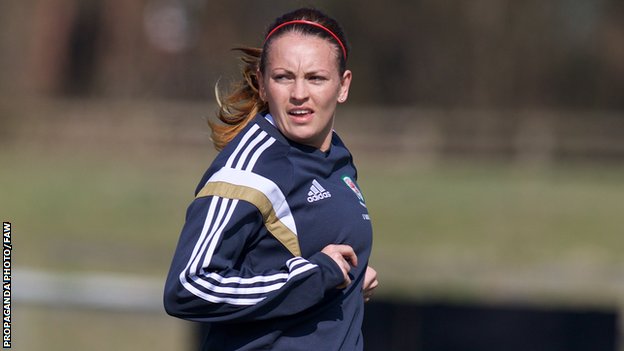 Green fired home from Natasha Harding's cross to open the scoring before doubling the lead on 23 minutes.

Ward scored Wales' third from the penalty spot after Green was fouled by Begaim Kirgizbaeva, who was sent-off.

Wales' remaining three games are all at home, including matches against Norway and Austria.

Kazakhstan are bottom of the group and Wales were 4-0 winners when the sides met in Haverfordwest in November.

Only the eight group winners and six best runners-up are guaranteed automatic qualification to the 2017 tournament in the Netherlands.

The other two group runners-up will play-off for the final qualification spot.