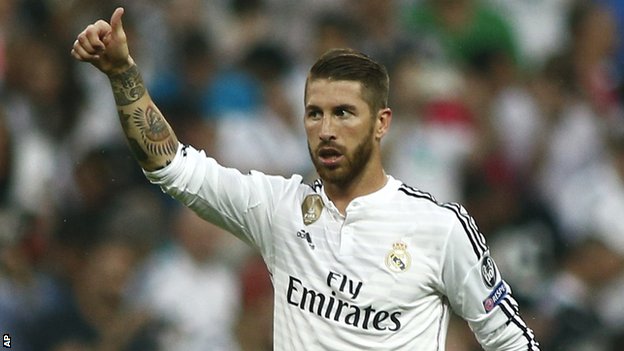 Manchester United target Sergio Ramos will not leave Real Madrid this summer, according to the Spanish club's boss Rafael Benitez.

United bid £28m for the 29-year-old Spain defender but it was rejected by Real, who want United keeper David De Gea.

But Benitez said: "I see Sergio as an integral part of our team. He's a winner and that's what we need.

"The president has already commented that he is staying with the club."

The former Liverpool and Chelsea boss, who was appointed by Real in June, added: "I have spoken to Ramos at length in the summer about his ideas, about his future.

"For me, he is an enormous professional. He does everything that the team and I ask of him."

United had hoped to use Real's interest in Spain goalkeeper De Gea in an attempt to sign Ramos, believing the defender was keen to move after the Spanish club failed to offer him an extension to his contract, which expires in 2017.

Ramos is part of the Real squad on a pre-season tour of Australia and China and reports have suggested he will be named club captain this season following the departure of Iker Casillas to Porto.

Ramos scored Real's injury-time equaliser in their Champions League final victory over Atletico Madrid in 2014 and has made 445 appearances for the club since joining from Sevilla in 2005.