Doped bikes: An example of how it works

The first top-level example of such practice was discovered at January's under-23 cyclocross world championship.

The UCI uses magnetic resonance testing, which is "easy to deploy".

"We have been trialling new methods of detection over the last year," the governing body told Reuters.

"We have looked at thermal imaging, X-ray and ultrasonic testing but by far the most cost-effective, reliable and accurate method has proved to be magnetic resonance testing.

"The scanning is done with a tablet and enables an operator to test the frame and wheels of a bike in less than a minute."

The UCI did not comment specifically on the latest claims but said it had tested 216 bikes at the Tour of Flanders and 224 at Paris-Roubaix, both of which took place this month.

France 2 and Corriere della Sera claimed three motors had been hidden in the seat tube and two in the rear hub at the Strade Bianche one-day race and the Coppi e Bartali earlier this season.

Read more: Can you really 'dope' a bicycle? 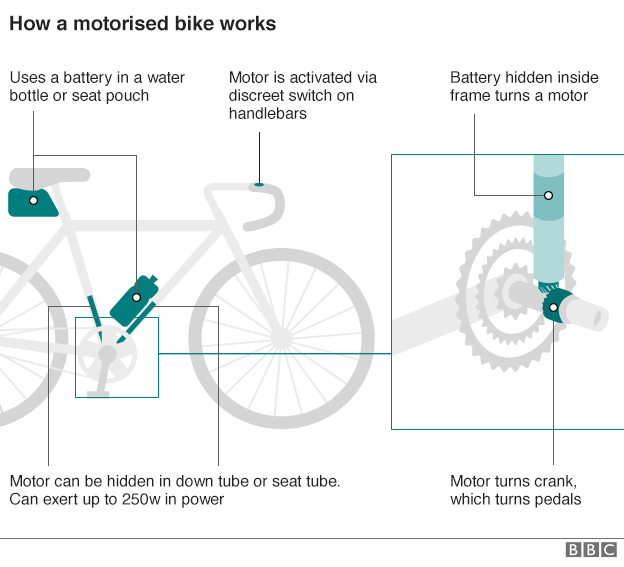 Get Inspired for Sport Relief

Find out how to get involved in Sport Relief 2016