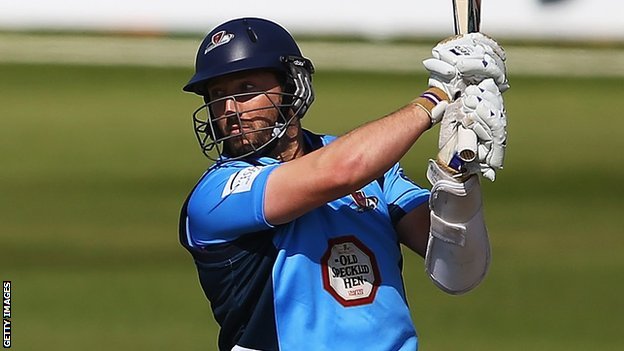 Steven Crook's boundary from the final ball secured Northamptonshire victory over Glamorgan, who suffered their first FL t20 loss of the season.

Australian Cameron White crashed 68 off 52 balls as the hosts chased Glamorgan's total of 153-7.

His partnership with Alex Wakely (52 off 39) had put Northants in control.

But, needing just three runs from the last over, White was run out before Crook hit the match-winning boundary in a thrilling finish.

Murray Goodwin had top-scored for the Welsh side with 47 from 31 deliveries.

But he was one of four victims of seamer Mohammad Azharullah, who also claimed the scalp of opener Jim Allenby (36) and conceded just 14 runs from his four overs in career-best figures in Twenty20s.

The win draws Northants to within two points of their opponents at the top of the Midlands, Wales & West Group.

County cricket on the BBC

Top sports news from around England